Cabraal to step down and appointed CBSL Governor

State Minister of Money and Capital Markets, and State Enterprise Reforms, Ajith Nivard Cabraal is to step down from both the ministerial portfolio and MP post, Daily Mirror reported.

Accordingly, he is to be sworn in as the Governor of the Central Bank.

The Daily Mirror reported that Cabraal will take over the Central Bank, replacing existing Governor Professor W.D. Lakshman who will take up a senior position in the IMF.

When the Daily Mirror contacted Minister Cabraal, he neither confirmed nor denied the news, the report said.

Cabraal’s recent request to the Monetary Board (MB) to pay pensions with arrears for several former and the incumbent Governor of the Central Bank of Sri Lanka irrespective of the lengths of their tenures sparked controversy.

The Sunday Times reported that the proposal has been appoved by the Monetary Board. 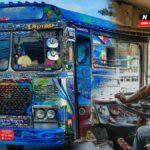