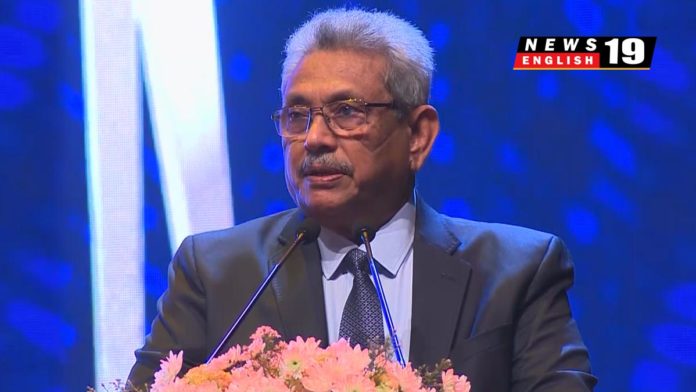 Sri Lanka’s ousted president, who fled overseas this week to escape a popular uprising against his government, has said he took “all possible steps” to avert the economic crisis that has engulfed the island nation.

Gotabaya Rajapaksa’s resignation was accepted by parliament on Friday. He flew to the Maldives and then Singapore after hundreds of thousands of anti-government protesters came out onto the streets of Colombo a week ago and occupied his official residence and offices.

Sri Lanka’s parliament met on Saturday to begin the process of electing a new president, and a shipment of fuel arrived to provide some relief to the crisis-hit nation.

Dhammika Dasanayake, the secretary general of Sri Lanka’s parliament, formally read out Rajapaksa’s resignation letter, the contents of which had not previously been made public.

In the letter, Rajapaksa said Sri Lanka’s financial crisis was rooted in years of economic mismanagement that pre-dated his presidency and in the COVID-19 pandemic that drastically reduced Sri Lanka’s tourist arrivals and remittances from foreign workers.

“It is my personal belief that I took all possible steps to address this crisis, including inviting parliamentarians to form an all-party or unity government,” the letter said.

Parliament will next meet on Tuesday to accept nominations for the post of the president. A vote to decide the country’s leader is set to take place on Wednesday.

Prime minister Ranil Wickremesinghe, an ally of Rajapaksa who is the sole representative of his party in parliament, has been sworn in as acting president until then.

Wickremesinghe is one of the top contenders to take on the role full-time but protesters also want him gone, leading to the prospect of further unrest should he be elected.

Wickremesinghe said on Saturday he would implement an urgent relief programme to provide fuel, gas and essential food items to Sri Lankans who are struggling because of the economic situation. He also promised to enter dialogue with protesters on reducing government corruption.

Sri Lanka’s economy is likely to contract by more than 6% this year as political instability and social unrest affect discussions on financial relief with the IMF, the governor of the country’s central bank told The Wall Street Journal.

Street protests over Sri Lanka’s economic meltdown simmered for months before boiling over on July 9, with protesters blaming the Rajapaksa family and allies for runaway inflation, shortages of basic goods, and corruption.

The Rajapaksa family had dominated politics in Sri Lanka for years and Basil Rajapaska, brother of Gotabaya Rajapaksa, resigned as finance minister in April as street protests surged and quit his seat in parliament in June.

Days-long fuel queues have become the norm in the island nation of 22 million, while foreign exchange reserves have dwindled to close to zero and headline inflation hit 54.6% last month.

Sri Lanka received the first of three fuel shipments on Saturday, Energy Minister Kanchana Wijesekera said. These are the first shipments to reach the country in about three weeks.

A second diesel consignment will also arrive on Saturday, with a shipment of petrol due by Tuesday.

“Payments completed for all 3,” the minister said in a tweet. 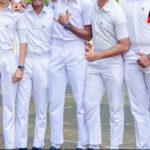 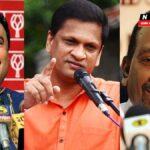