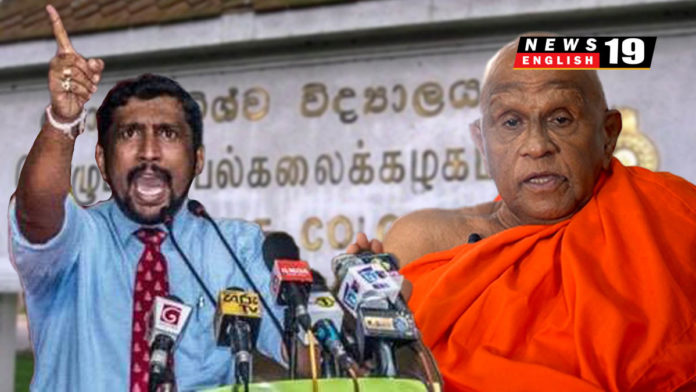 In a letter to President Gotabaya Rajapaksa the GMOA said that the chancellor of such a university should reflect the academic prowess of this prestigious institution.

“There are international norms regarding governing academic institutions. Ven. Ananda Thera does not have the requisite academic background to hold the position. Therefore, we request the President to reconsider his decision on this appointment,” the doctors said.

The President appointed Ven. Ananda Thera as the Chancellor of Colombo University on 2 November with effect of 17 November.