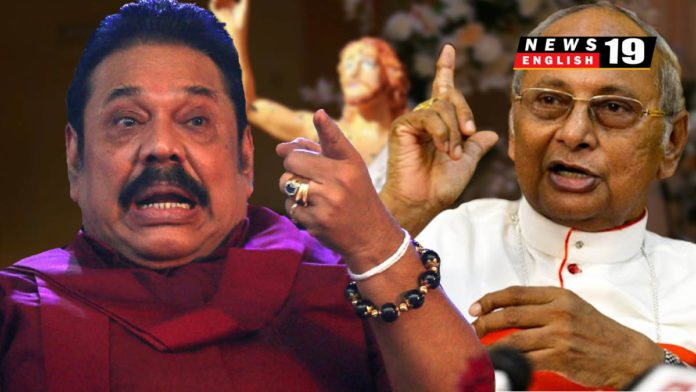 Dismissing Colombo Archbishop Malcolm Cardinal Ranjith’s claim that Prime Minister Mahinda Rajapaksa and Foreign Minister Prof. G.L. Peiris will visit Vatican and meet the Pope, the Foreign Ministry today (07) said that they will only make a visit to Bologna, Italy, to participate in an international event which is to be graced by the Italy PM and other dignitaries from Italy and other European countries.

In a statement the Ministry said that Prof. Peiris
clearly described the purpose of the scheduled visit.

“The Prime Minister of Sri Lanka is scheduled to deliver the keynote address at the opening session of the international symposium which will be held in one of Europe’s oldest seats of learning, the University of Bologna,” the ministry said.

However, at no stage has the Prime Minister requested nor has he received an invitation to visit the Vatican for an audience with His Holiness, the Pope, the ministry stated and added that the PM and Prof. Peiris will be leaving Italy, at the conclusion of the events in Bologna.

The Archbishop in Colombo today (07) alleged that the government tries to suppress the truth about Easter Sunday terror attack in 2019.

He alleged that the PM and the Foreign Minister tries to deliver a wrong picture about the attack to the international community, the Vatican and the Pope.

“I strongly condemn about this visit of the PM and the Foreign Minister to Italy, using the tax money of the public. They try to suppress the truth about the terror attack through this visit,” he stressed.