Delivering the verdict on Welikada Prison Massacre was postponed to 12 January today (6).

The verdict had been scheduled to be delivered this morning.

Twenty-seven inmates were killed while more than 20 others were injured in the shooting during the Welikada Prison riot on 9 November 2012, when prisoners took control of the congested Prison objecting to an unannounced search by the Special Task Force to search for hidden arms, drugs and mobile phones at the Prison.

Former AG Dappula de Livera had filed the case against IP Rangajeewa and former Prison Commissioner Emil Ranjan Lamahewa on 33 charges. The indictments against the duo read that the inmates were imprisoned for allegedly engaging in drug dealing.

Despite the verdict on the case is pending, Rangajeewa was promoted to SSP post yesterday (5). 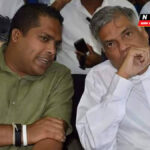 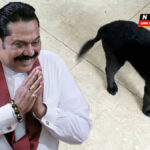