S&P Global cut Sri Lanka’s CCC+ sovereign rating outlook to negative from stable on Friday (27), warning the government may find it increasingly difficult to finance itself over the next 12 months.

“The negative outlook reflects our expectation that Sri Lanka’s financing environment may get more difficult over the next 12 months,” S&P said. “This would affect Sri Lanka’s ability to service its debt.”

Worries that Sri Lanka could be heading for its first sovereign default were rising well before the Covid-19 pandemic struck.

Its debt-to-GDP level has risen above 100 per cent, it spends over 80 per cent of its revenue just on bond market interest payments and the US$3 billion of reserves it has left are barely enough to cover a couple of months of spending.

Although it is due to get an US$800 million infusion of newly approved IMF Special Drawing Rights “this will not be sufficient for the government to meet upcoming maturities of more than US$5 billion till the end of 2022,” S&P said referring to bond payments.

It added the likelihood that the government will post large fiscal deficits over an “extended period” would worsen the government’s already extremely high debt stock.

S&P Global Ratings is an American credit rating agency and a division of S&P Global that publishes financial research and analysis on stocks, bonds, and commodities. S&P is considered the largest of the Big Three credit-rating agencies, which also include Moody’s Investors Service and Fitch Ratings 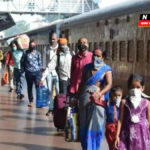 Rizwana Hasan - December 2, 2021 0
Parliamentarians should be allowed to enrol in the Sri Lanka Law College or any other university to further their studies, Chief Opposition...

Rizwana Hasan - December 1, 2021 0
It has been decided to the release the gas to the local market after obtaining a report on gas smell, during the...