A proposal has been presented to the Central Province Maha Sangha Sabha to turn off the lights within all temples across the island on Vap Full Moon Poya Pay, protesting the increase of electricity tariffs at religious places.

The meeting of the Central Province Maha Sangha Sabha was held last afternoon (Sep 18), and a group of Buddhist monks had brought up this proposal informing that the Dayaka Sabha should also be joined together for this purpose.

Following the meeting, Ven. Galaha Sirisantha Thero commented on the matter, stating that in particular, the season of the Katina ceremony is ahead.

Ven. Galaha Sirisantha Thero also expressed that they have a strong suspicion that it is also a conspiracy to keep temples in the dark during the season of Vesak and Poson Poya days, adding that it will not be possible to switch on lights in the temples in near future in view of the current situation.

“Today we are making a suggestion to turn off the lights in all temples and leave the temples in dark on the upcoming Poya Day, protesting this issue together with the Dayaka Sabha. In the future, we hope to implement this with a special intervention throughout the country.” 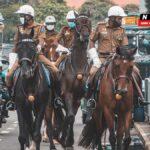 Rizwana Hasan - December 4, 2022 0
Iran’s Attorney General says the Islamic Republic has disbanded the “morality police” adding that it had nothing to do with the judiciary... 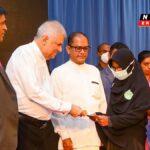 Rizwana Hasan - December 3, 2022 0
President Ranil Wickremesinghe said a special program will be formulated for the benefit of differently-abled persons. He said that... 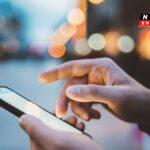 A new mobile App for the safety of tourists

Rizwana Hasan - December 3, 2022 0
Minister of Tourism and Lands Harin Fernando said that a new mobile application (App) will be introduced for the safety of tourists...