Then CID officers failed to carry out investigation into Easter Sunday bombings in depth: IGP

Inspector General of Police C.D Wickramaratne today (25) claimed that then CID officers failed to conduct an investigation into Easter Sunday bombings on 21 April 2019 in depth because they wanted to conclude the investigation within a short period.

In a special statement regarding progress of the investigations, the IGP said that then CID officers had assumed most of the attackers had died, and other suspects were arrested and their property were confiscated.

Also, they had assumed that Zahran’s Hashim’s group was self-motivated independent group. However, when the current government was appointed all the investigative bodies were restructured and investigations were launched looking at several different angles, the IGP said.

Under these new investigations, 723 suspects were arrested in connection and 311 of them have been further detained or remanded for interrogations while 11 indictments have been filed against 46 suspects, he said. 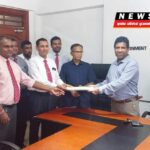