President Gotabaya Rajapaksa has appointed an Advisory Board as per the Section 13 of the Prevention of Terrorism Act, No.48 of 1979, the Director-General of Legal Affairs of the Presidential Secretariat Attorney-at-Law Harigupta Rohanadeera said.

The Chairman of the Advisory Board is retired Chief Justice Asoka de Silva and retired high Court Judge A.A.R. Heiyanthuduwa and retired Solicitor General Suhada Gamalath have been appointed as the other members.

The Advisory Board is expected to make recommendations and advise the President on the investigation, release, granting of bail and future action related to the persons imprisoned over terrorist activities and detained under detention orders.

Hitherto, the persons who have been imprisoned had no opportunity to make representations on their rights since an Advisory Board has not been established for a long time. Mr. Harigupta Rohanadeera further said that the prisoners will be given the opportunity to submit their issues with the appointment of the Advisory Board. 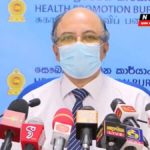 Johnston Fernando released from another case

Rizwana Hasan - January 27, 2022 0
Pfizer and BioNTech have started clinical trials of a new Covid vaccine which targets the Omicron variant. The companies...