The government has requested Speaker of China to look into to the USD 1.5 billion fiscal transfer between the two Central Banks as a measure to overcome the current economic challenge which is at halt due to some issued in the context of the technicalities of the agreement.

During an online diplomatic meeting between two countries on 31 August, Finance Minister Basil Rajapaksa requested China to facilitate the expansion of industries such as garments, tea and gems to enter the Chinese market under the Sri Lanka-China Free Trade Agreement.

The Government is ready to facilitate for the establishment of a regional headquarters of the China Development Bank in the vicinity of the Colombo Port City, Rajapaksa said and also sought China’s support for further investment opportunities in Sri Lanka.

Gas explosions: Gas companies to be summoned to Parliament 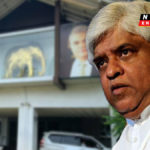 Rizwana Hasan - November 29, 2021 0
UNP member, former MP Arjuna Ranatunga has resigned from the party membership with effect of Monday (29). In a...

WHO says not yet clear if Omicron causes more severe disease